Meagen Youngdahl, a poet who has served as a Dactyl Scholar working in the intersections of art and science, has completed a creative non-fiction piece entitled, “Moving with care: a biosemiotic, narrative inquiry into (in)fertility and bodymind wellness,” which adds a new dimension to semiotics scholarship and to poetry.
As a poet, Youngdahl became interested in how biosemiotic mechanisms can be creative. Fittingly the subjects of her exploration are conception and imagination. After being diagnosed with unexplained infertility and bi-polar disorder, she learned to contemplate the unconscious, semiosic processes of her body. In this piece she reflects upon the role hormones play as the primary signals presiding over her conditions. Living with bi-polar disorder, Youngdahl has learned to appreciate the ways in which her embodied mind constructs new meanings through the recognition (and some times mis-recognition) of patterns and themes. And this is not an unwelcome tendency for a poet. Ironically, she muses, that while her mind is at times overly fertile, her body lacked that creative tendency. She recounts disappointing experiences with medical interventions and how these approaches seem to be tone deaf to what her body was saying to her.

END_OF_DOCUMENT_TOKEN_TO_BE_REPLACED 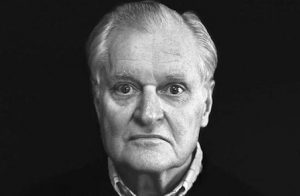 Dactyl Foundation owes much to John Ashbery, who was an active advisory board member from our earliest days. He  brought a number of talented poets and art critics through our doors and contributed to many discussions about poetry, history, science and art. Thank you, John.

In celebration of his life and work,  we asked Tom Breidenbach to dedicate a poem to his memory.

—for John, in memorium

“These are amazing…” —John Ashbery, from “Some Trees”

Their sundry heights, the crowns
on some apportioned geometrically
about a slant echo of their stem,
the spindly chute the seed
attaches to in rows like fraying
feathers in a faerie arrow’s tail…
Their wispy lusters roam
from blonde to green slats
and dribbles interspersed
with ruddy motes—the browns
of flower husks whose prickly
nubs exclaim regalia’s symbols—
and on to woven sprays of umber
or a bristly and recessive blaze
whose ochre taunt evanesces
from sienna’s paler intonations
intermeshed in chiefly static
poise among the dun and lumpish
auburn tangles knotting
this fleece of sward winds burnish
at it brazes in the summer sun.
With tips like listing quills
scribbling a score of constant song
and a winsome spate of narrow
leaves that tend to curl
their pointed tips groundward
the tallest bob and bow
as though observing, or lean
in meekly fractured unison as
if repeating gestures of oblation
resembling the ardent arc
a just sovereign’s scepter traces
in conferral of forgiveness
or a duty. And soon the thrum
a plunging node of breeze effects
enjoins a clump to flange
in pliant radii extending
in all directions adjacent blades
are bent, these splat gyrations’
razzmatazz immediately yielding
to daintily exasperated do-si-dos
for but the hint of time remaining
before familiar nods resume
from near repose, a spell in turn
subsumed by a loop to looping
league of spirals reminiscent
of the drastically adroit maneuvers
a maestro’s baton at the crescendo
of a sheer lament unravels
as though to ape that host
of vernal tendrils twined with locks
sweetly sweeping within Elysium
a brow they loll and toss upon
as dew accrues to glaze this
sylvan glade’s chatoyant luster,
the paisley pox its drops deposit
on petals, leaves, and stalks
depicting each letter of these words.

We mourn the loss of Dactyl Foundation advisory board member Angus Fletcher.

Epistemological Poetics: A Walk with Angus Fletcher by VN Alexander

In 1994, considering a course on the “Literature of Nature” at the Graduate Center of the City University New York, initially I thought it be would too pastoral for my tastes—in those days I thought I was interested in art not nature—and I almost passed it up, but the fates intervened in the form of Linda, the all-knowing and benign department secretary, who said to me, “It’s Angus Fletcher,” and, without waiting for my response, wrote my name down on the roll.  In this propitious way, I was introduced to the distinguished Renaissance scholar, whose methods fitted perfectly with his subject and whose work has been, ever since, a steady spring of inspiration. In manner as well as appearance, Angus might be described, with his vibrant white hair and beard, as a classic sage. He tends to think aloud in class—about Faust’s contract or the contrapuntal voices of a fugue or Whitman—and encourages students to join in as his wanders in his mental lake country. Joan Richardson has called Angus Fletcher “a magically gifted teacher in whose presence we hear what thinking feels like.” Indeed the synesthetic experience of his poetic logic was always instructive, leading inevitably to the unforeseen vista. Memories of 1994 recall that at some auspicious point in each ninety-minute session, he would suddenly deliver an inspired oration that would leave us all physically moved. To come upon such depth and breath of erudition is to feel precisely what García López de Cárdenas must have felt when he unexpectedly came upon the Grand Canyon. END_OF_DOCUMENT_TOKEN_TO_BE_REPLACED

Sea of Hooks (McPherson & Co) was nominated by Barbara Roether, author of This Earth You’ll Come Back To. In her review of Hill’s unusual novel, Roether writes, “There is a paradox that floats through the Sea of Hooks, which is that the experience of reading it is almost the opposite of how it is written. That is to say, while the story is told in its short collage-like segments, their effect is an almost seamless classical narrative. The way sections move from multiple perspectives, dreamtime, real-time, then meld together with such cohesive and penetrating storytelling, is a testament to the author’s insightful eye for detail and character.”

We can say that Sea of Hooks  is a long narrative prose poem, which may be the essence of what it is to be a literary fiction novel.
Continue to Dactyl Review.

The abecedarium has a long literary history, and some of its best-known examples, such as Ambrose Bierce’s Devil’s Dictionary or Gustave Flaubert’s Le Dictionnaire des idées reçues, play with the form’s implied authority for purposes of satire. Recently Matt Bell’s Cataclysm Baby used the template to convey hellish fragments of an environmental dystopia. Suzanne Scanlon, author of Promising Young Women (2012), turns to a woman’s experience in contemporary America and offers a probing and artful inventory in Her 37th Year, An Index (Noemi Press, 161 pages). Continue reading →

Dactyl Foundation is proud to be a sponsor for this year’s festival which will present over 50 timely, thought-provoking, and thoroughly entertaining authors and illustrators participating in panel discussions, readings, and signings throughout the day at the Millbrook Free Library on Franklin Street in Millbrook New York, 80 miles north of NYC, accessible by Metro-North Harlem Valley line. More info. END_OF_DOCUMENT_TOKEN_TO_BE_REPLACED 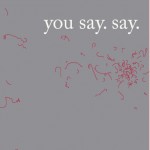 Open to all writers and the general public. Uphook Press is currently accepting submissions for their second anthology of poetry. Come read your work, meet the publishers, listen to the current writers of Uphook Press, and celebrate over four years of Dactyl’s open mic series! END_OF_DOCUMENT_TOKEN_TO_BE_REPLACED

Jason Schneiderman is the author of Sublimation Point, a Stahlecker Selection from Four Way Books (2004). His poems and essays have appeared in numerous publications including Teachers & Writers, Tin House, Grand Street, American Poetry Review, Best American Poetry, and The Poetry Book of the Sonnet. He has received fellowships from The Corporation of Yaddo, The Fine Arts Work Center in Provincetown, and The Bread Loaf Writer’s Conference. A Chancellor’s Fellow at the City University of New York’s Graduate Center, he teaches creative writing for the Gotham Writers Workshop and literature at Hunter College.

Timothy Liu is the author of six books of poems, most recently For Thus Thou Art (Southern Illinois University Press, 2005). His poems have been translated into seven languages and his journals and papers are archived in the Berg Collection at the New York Public Library . He is an associate professor of English at William Paterson University and a member of the core faculty in Bennington College’s Graduate Writing seminars.

Peter Covino’s new book Cut Off the Ears of Winter (2005) was recently published by Western Michigan University/New Issues Press. His awards include the 2001 Frank O’Hara Chapbook Prize in Poetry; a scholarship from the Fine Arts Work Center; and two prestigious Steffensen Cannon Fellowships from the Dean of Graduate Programs at the University of Utah, where he is finishing his Ph.D. in English/Creative Writing. His poems have appeared in Colorado Review, Columbia, The Journal, The Paris Review, Verse, andThe Penguin Anthology of Italian-American Writing among other publications. He is one of the founding editors of Barrow Street and Barrow Street Press.
Jerry Williams was born and raised in Dayton, Ohio. He received a BA from Vermont College and an MFA from the University of Arizona. His first collection of poems, Casino of the Sun (Carnegie-Mellon University Press, 2003), was a finalist for the prestigious Kate Tufts Discovery Award. His poetry and creative nonfiction have appeared in American Poetry Review, Crazyhorse, Exquisite Corpse, Hayden’s Ferry Review, The Southeast Review, Barrow Street, Under the Sun, and many others. He has received a New Jersey Arts Council Fellowship, several Academy of American Poets awards, and recently a nomination for a Pushcart Prize. He is currently an Assistant Professor in the English Department at Marymount Manhattan College in New York City.

Richard Jeffrey Newman, a poet, essayist and translator, is the author of The Silence Of Men (CavanKerry Press, 2006), a book of his own poetry, and two books of translations from classical Persian literature, Selections from Saadi’s Gulistan and Selections from Saadi’s Bustan (both from Global Scholarly Publications, 2004 and 2006 respectively). Richard Jeffrey Newman sits on the advisory board of The Translation Project and is listed as a speaker with the New York Council for the Humanities. He is an Associate Professor in the English Department at Nassau Community College in Garden City, New York.

Richard Jeffrey Newman is an essayist, poet and translator. His essays and poems have appeared in Changing Men, Salon.com, The American Voice, On The Issues, The Pedestal, Circumference, Prairie Schooner, ACM, END_OF_DOCUMENT_TOKEN_TO_BE_REPLACED

Featuring poet Lance Phillips. Lance Phillips holds degrees from the University of North Carolina and the Iowa Writers’ Workshop. His first book, Corpus Socius, was published in 2002 by Ahsahta Press and his second, Cur aliquid vidi was released this past December from the same. His work has appeared in Aufgabe, Colorado Review, Fence and Slope among others. He lives in Charlotte, NC.