Shooting for television the play Manny’s Last Stand. A burlesque club featuring
an alcoholic comedian who achieves greatness through sobriety. Manny Aarons goes on the wagon. Goes to AA, does yoga, sees a therapist, meditates. He works on new material. We end with Manny’s sold out show at Carnegie Hall. Audience members get orchestra seats and are encouraged to heckle.

Now you can support Dactyl Foundation’s art-science programs next time you make travel reservations using any one of the major online companies, like Orbitz or Travelocity, or when you make any purchase on Amazon.com. 6% will go to Dactyl Foundation at no extra cost to you. Just use the links below to enter your favorite online site and make your reservation or purchases as you normally would, and Dactyl Foundation will receive a 6% donation. You will see the same low prices as you would if you entered these sites directly.

Next time you make travel reservations online, enter your favorite site through this page Hopetels.com
http://www.hopetels.com/dactyl

Next time you’re buying ANYTHING on Amazon.com, enter through this page
The Biologist’s Mistress: Rethinking Self-Organization in Art, Literature, and Nature

We have an exciting conference and art exhibition on mimicry and crypsis planned for fall 2012. Stay tuned for the call for papers. Thanks for supporting Dactyl.

In her new film El Monte, Yelena Yemchuk’s crisp black-and-white rendering of a feverish dream is reminiscent of Fellini’s 8½, even using a breathless soundtrack in homage to the opening of the Italian director’s autobiographical masterpiece. An elegant, if unsettling, platform to showcase a festival of vintage gowns, El Monte features supermodel Natasa Vojnovic, who gives an accomplished and poetic performance, actor Ebon Moss-Bachrach, musician Melissa Auf der Maur and the haunting voice of Elisa Silver. Filmed at Dactyl Foundation for the Arts in New York, with mid-century furniture on loan from Chelsea’s Demisch Danant gallery, the set designed by Ukraine-born Yemchuk could easily be mistaken for a location featured END_OF_DOCUMENT_TOKEN_TO_BE_REPLACED

Friday, June 4, 2010  4-6PM
Documentary maker Elisa Perea talks about and shows clips from “Nogales aqui es…” (Nogales, this is it… the border city)

A film  presenting the creative experiences of a generation of visual artists in their playground; their field of dreams…Nogales… the city. The one they see and the one they imagine… a bordertown awakened through their work… a journey via their art and testimony… offering an alternative description of a territory that is often misunderstood by both bordering countries. This project was funded by The National Council for the Arts and Culture of Mexico and by the Sonoran Institute of Culture. END_OF_DOCUMENT_TOKEN_TO_BE_REPLACED

Feb 25, 2010
The breakfast of champions
MICHAEL SOFRONSKI
THE ART WORLD IMPRESARIOS: Rie Rasmussen, writer/filmmaker/artist and Neil Grayson, artist/curator, Dactyl Foundation (dactyl.org)
POWER PLAY-BY-PLAY: “I love meeting over meals,” says Rasmussen, who powwowed with Grayson to discuss an upcoming show and screening of her film “Human Zoo,” which opened last year’s Berlin Film Festival, at his SoHo gallery. But since NYC can be a small town, privacy is of the utmost importance. Thankfully, their corner banquette had plenty of it. The food didn’t fail to impress, either, with standouts including ripe papaya cut with lime — enjoyed after the meal as a digestive. And then there was the coffee, which woke up Rasmussen’s inner muse. “It’s excellent coffee for drawing,” she says, dipping a spoon in it to complete a coffee-and-ink sketch.

with laptop and acoustic accompaniment,

Held on a quarterly basis, the screening series promotes the short film genre and provides an unprejudiced platform for filmmakers to screen their work in an intimate Q+A setting.

Films are judged by the audience and the winners of the year round series are announced at the end of each annual term.

Terminal 29
Directed By: Todd Komarnicki
A short film that tells the story of a woman’s flight with cancer as she revisits the final moments of her life.

Little Girl and Littler Boy
Directed By: Andrew Wilder
An experimental short that tells a visual story of love.

Kill Your Darlings
Directed By: Sarah Sophie Flicker
A short film that blurs fiction and reality to create an intimate portrait of romance and its consequences.

6:30- 8:30 pm
A Fundraiser/ Cocktail Party to benefit The Trials of Darryl Hunt a film by Ricki Stern and Annie Sundberg.

Food On Earth a documentary film in progress by David Kaplowitz.

Screening of the film Dreams of Sparrows. Dreams of Sparrows is a documentary that follows first time Iraqi director Hayder Mousa Daffar and his team of contributing directors as they share their vision of life in Baghdad, post war and pre reconstruction.

Screening of  Memoirs of my Nervous Illness which is directed by Julian Hobbs.

Screening of work by Guy Sharhar. 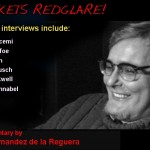 NYC 1949. Rockets Redglare was born Michael Morra and addicted to heroin. An opiate added to his formula to ease the pain of heroin withdrawal began the first of countless detoxes during his lifetime. After his father, a career criminal, was deported to Italy and his mother was murdered, Michael became Rockets Redglare. END_OF_DOCUMENT_TOKEN_TO_BE_REPLACED 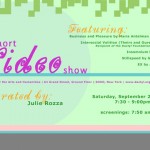 The Short Video Show features  “Business and Pleasure” by Maria Antelman and George Drivas “Insomnium” by Craig MacNeil “Stillspeed” by Georg Steinboeck “EX” by Andreas Troeger and Dactyl Foundation award recipient, “‘Intersocial Volition’ (Theirs and Ours)” by Tina Landis.

Screening: Transportation, an episode of Rizoma by Professor Fernando Salis of The Federal University of Rio de Janeiro in Brazil An integrated television program and internet site for debate and communitarian action onenvironmental issues

Conceived and shot over a period of three years, Journey to the West is an insightful investigation of the connection between art, culture and medicine. The film introduces a few of the diverse people who are devoted to this medical practice, including Dr. Ho, a self-taught herbalist living in the foothills of the Himalayas; Wu Zhongxian, a martial arts master who performs a wide range of indigenous Chinese healing methods; and students attending a modern-day Chinese medical school in Shanghai. Back in the U.S., teachers, students and practitioners of Chinese medicine working in California and New York showcase their work in contemporary Chinese medicine. Journey to the West offers a unique perspective on a growing cross-cultural phenomenon.

Kill With A Borrowed Knife: A Lecture-Performance of BudoFlux
Presented in association with PJ Novelli and the Tuesday Night Forum Series.

Kill with a Borrowed Knife is an ancient martial arts stratagem. It means making use of an opponent’s resources for one’s own gain: for example, using U.S. passenger planes to attack the United States. Budoflux uses this and other stratagems to introduce the integrated performance language of martial arts/dance presenting brief, theatrical actions based on the nature of conflict.

A performance of Italian Folk Songs
gathered and rearranged by Laura Biagi, discussion to follow
Presented in association with PJ Novelli and the Tuesday Night Forum Series with: 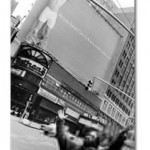 A video screening of work by Ken Kobland.