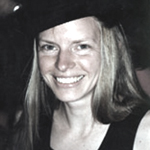 Laura Otis began her career as a scientist, earning her B.S. in Molecular Biophysics and Biochemistry from Yale in 1983 and her M.A. in Neuroscience from the University of California at San Francisco in 1988. Before receiving her Ph.D. in Comparative Literature from Cornell University in 1991, she worked in labs for eight years. Since 1986, she has been studying and teaching about the ways that scientific and literary thinking coincide and foster each other’s growth. Otis works with English, Spanish, German, French, and North and South American literature, especially nineteenth-century novels. She is particularly interested in memory, identity formation, and communication technologies and has been a frequent guest scholar at the Max Planck Institute for the History of Science in Berlin. In addition to her academic books, Otis has written four novels. In 2000, she was awarded a MacArthur fellowship for creativity.

Held every Friday 4-6PM, “CompostModern” is a salon-style discussion forum, revolutionizing the way we present the work of artists, poets, writers, and other thinkers to the public. We have opened the floor to the community, bringing you in to participate in the planning, discussion, and hopes for the future of art, poetics and science. As the name implies, the CompostModern forum aims to re-cycle our rich aesthetic history. If the project of postmodernism was to deconstruct traditions, it has left us with a fertile soil out of which new forms may emerge. It is with the belief that all new forms of art must evolve from a history that we approach the guiding question of the forum: What is creativity? At each weekly meeting,members, noted artists, poets, and scientists will be able to talk freely and on equal terms. We want to know your opinions, beliefs, values and theories about everything from beauty and meaning to pop-culture.  Admission free.