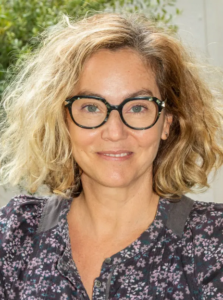 While at STIAS, Faria will identify potential overlaps between ‘cell biology terms’, historical facts and literary pieces of the last century. Her hypothesis is that by mapping the common metaphors, a narrative will emerge “starting with borders and identity, progressing into contact and recognition, and eventually developing into connection and networking.” She will also investigate the extent to which the history of the term ‘cell’ grasps essential features and mechanisms of life itself.

She notes that biology and language are complex systems in which the emerging properties have to do with the organisation of the parts. Both systems are based on arbitrary codes that produce selective meaning. Despite the natural hierarchies and repetitions, the systems are not predictable with their behaviour adapting to context by different connections and feedback loops due to the undetermined nature of semiosis itself.